One of my favorite ways to de-stress is trying new dishes but sometimes when my schedule is ridiculous (or I’m just feeling lazy…) I just want to whip up something easy that’ll last a couple meals. My go-to meals for this are baked pasta with either chicken or shrimp or a ground chicken dish. I usually try to do at least a bit of cooking on Sunday nights to avoid the stress of it during the week but this weekend kind of slipped away somehow so I ended up cooking this simple baked pasta chicken pasta dish on Monday.

I really don’t like using recipes when I cook because it kind of takes all the fun out of it.  Most of the meals I make have onions, mushrooms and spinach as a base and then I just add some meat and seasoning. I was writing down what I used to send to my mom so I thought I’d post it here too. 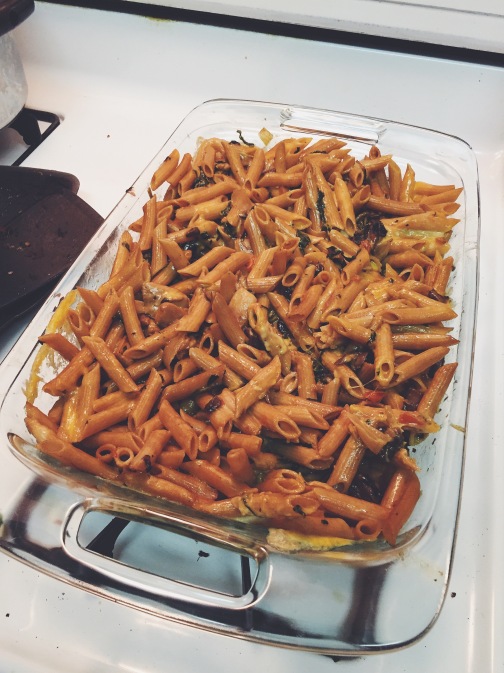