When I first found out about the All Members Advocacy Meeting, I was immediately intrigued. As someone who is very passionate about social justice and being an advocate for her future patients, I made attending this event a priority.

One of my biggest fears with progressing in my journey to become a physician is becoming complacent and apathetic towards the needs of those in my community and the world at large. So many times I’ve come across physicians who believe that because they practice medicine, they are excused from paying attention to the injustices in this world. So to avoid this, I try hard to put myself in spaces of critically thinking healthcare providers such as AMAM.

Learning about the process of receiving reimbursements for services provided (for primary care physicians) was really eye opening. These are issues that are generally not covered in medical school but are so integral to practicing medicine. It was also wonderful to hear from practicing physicians who are attempting to make changes to the current, very broken system and are trying to raise the value of preventative care (to a similar extent as procedures). Many of the physicians I have worked with are, of course, frustrated with the current system but remain stuck in that paradigm and are not attempting to make any changes. It was refreshing to be surrounded by physicians who may not have all the answers but are willing to acknowledge that things do not have to be this way and are asking questions.

The leadership portion of the conference was really great because it really allowed me to think about what I’m passionate about working towards in the future to a much deeper extent. Having to consider not only the societal and civic barriers to my goals, but also my own fear failure and reluctance to making the necessary sacrifices was an important experience. As the only medical student from my region, it was interesting to talk to attending physicians about their goals and where they want to be in five years. Being near the beginning of this journey, it can often feel like being an attending is the ‘end of the road’ and the only thing to really work towards but it was so refreshing to hear the goals of physicians who have been practicing medicine for decades and to realize that medicine really is a field that requires lifelong learning and progress.

Attending and participating in Lobby Day was definitely my favorite part of AMAM because I had the opportunity to exercise the knowledge and skills I gained earlier that weekend. Having the opportunity my story as a medical student who wants to stay in the Inland Empire, the first place I’ve ever considered home after moving nearly every year of my childhood, to practice medicine made all the stress of requesting days off, missing classes, etc. worth it because I knew I was doing something important. Having the opportunity to thank the legislators who played an integral role in getting state support and funding the UCR SOM and are the reason I have the opportunity to pursue my dreams was such a fulfilling experience.

Attending this conference allowed me to renew my intentions for why I entered the field of medicine in the first place and served as a reminder for how powerful the voice of a physician can be in advocacy, if we choose to use it. 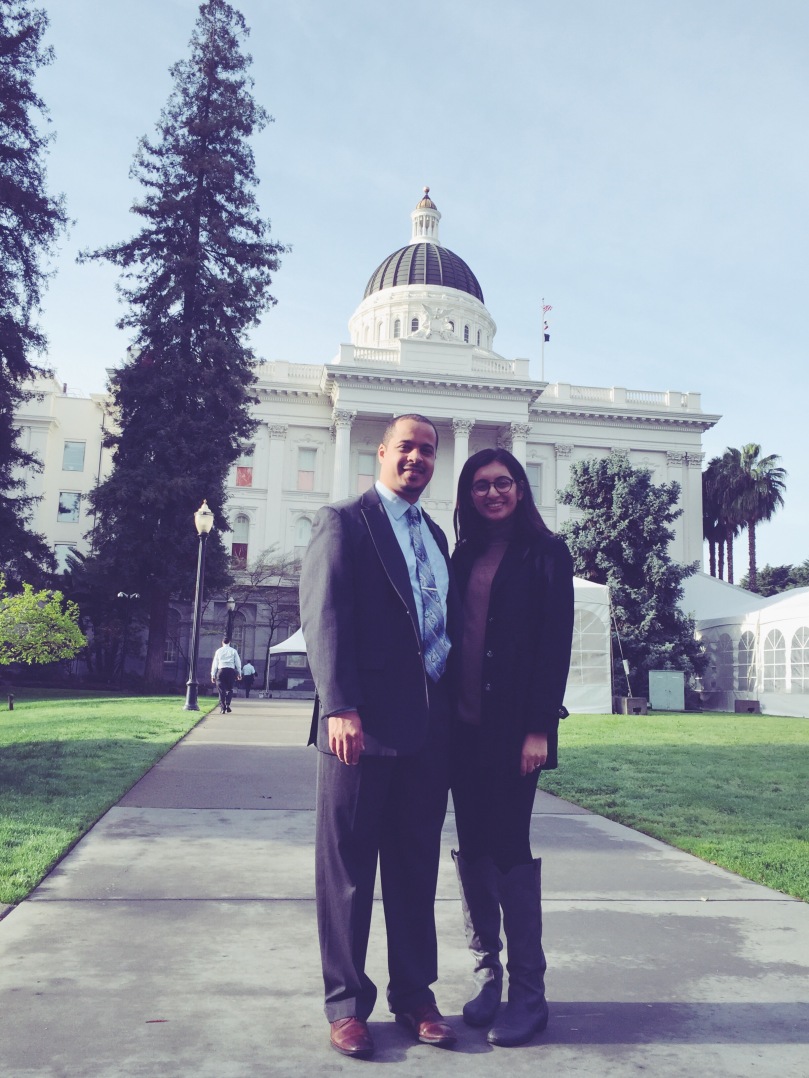 2 thoughts on “all members advocacy meeting”

There was an error retrieving images from Instagram. An attempt will be remade in a few minutes.