I did a whole lot of reading towards the end of 2016 and below you’ll find a few of my favorites. Towards the end of the year, I really tried to read more non-medical and self help type books since that’s usually what I’m drawn towards and I’ve always thought of reading as a way to broaden my horizons.

Enjoy! What are you all reading these days?

In order to become a practicing physician, in addition to attending medical school, we also have to take national licensing exams (USMLEs or ‘boards’). The first of these exams is known colloquially as ‘step one’ and is supposed to be the most difficult of them all. At most U.S. medical schools, students take the exam after they finish their first two years of med school. Most schools have a 6-8 week period after classes end in the second year that are designated specifically for studying for the exam. Some students take it earlier in the period and use the rest of time for vacation and others take it right before third year begins so they have more time to study.

As I’ve discussed in previous posts, it takes me a reaaaaally long time to understand and memorize material so I have to be really careful about my study schedules and make sure I review throughout each block in addition to learning new material. So when it comes to studying for step one, I know that I need to start early. Below I’ve included the resources I’ll be using over the next few months during second year and before the designated step one studying period starts. This, of course, is just what I think will work best for me. Many students wait until January to even think about the boards or don’t even study until the designated studying period starts. But I think it’s important to recognize your strengths and weaknesses and create a plan that’ll work best for you.

END_OF_DOCUMENT_TOKEN_TO_BE_REPLACED

To me, reading a book is a lot like meeting someone new or making a new friend: the timing has to be right. Most of my favorite books are my favorites because I read them at the right time – during a crisis of faith, when I was broken hearted, when I needed inspiration – a time when I needed to read what I read. I think the best friendships start that way too, when you meet someone you really need in your life at that moment – or maybe they needed you. The books below mean a lot to me because they gave me a different world when my own didn’t feel like home. 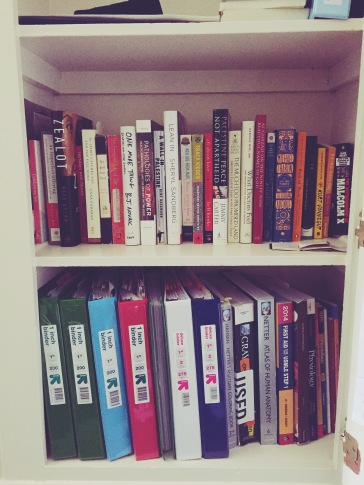 END_OF_DOCUMENT_TOKEN_TO_BE_REPLACED

Follow a healer's heart on WordPress.com
Back to top